The OILSUNFLOWER.com trademark is owned by a Swiss company that is a seller sent to four truly important Seller in the world. We have Ukrane and Russian sellers.
My Company of Swiss law has for years been engaged in the trade of the major commodities for food and raw materials. With more than 75 references and four B2B platforms that allow us to “meet” buyers with sellers, supply and demand.

We avail ourselves of the collaboration of numerous sales agents for the various countries and relations with some institutional buyers. Moreover, our relationship with the sellers is of primary importance, since we arrive directly at the factory, without any intermediary, this allows us to be sure that a possible contract is safe as we work with a factory and also the commissions are paid regularly, both ours and those of our collaborators. We have chosen Switzerland for many factors.

There are several factors that contributed to the development of commodity trading in the canton of Ticino. In summary, we mention the most important:
Political stability and economy in a neutral country strongly dominated by a long tradition of universal diplomatic relations. Legal system based on the principle of legal certainty and founded on a liberal ideology that limits state interference to a maximum. Particularly efficient transport and communication infrastructures. 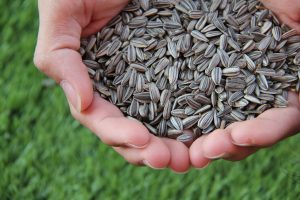 Traditionally solid banking system composed of universal banks and specialized banks able to serve the specific needs of trading. Favorable tax conditions both for new settlements and for those already well established. In general, these trading companies can be treated as auxiliary companies and therefore benefit from favorable taxation in consideration of the preponderance of foreign operations abroad. High quality and flexible training system thanks to the University of Italian Switzerland and to the university school accompanied by specific training courses organized by various industry associations.
Favorable geographical position on the north-south axis that crosses Europe. A few kilometers separate Lugano, Milan, Geneva and Zurich. The proximity to the industrial sector of Northern Italy and cultural and linguistic affinities have contributed to the establishment of trading companies specialized in the supply of raw materials to Italian
industry.
Italianism in culture and language as well as the excellent command of English, German and French have favored the establishment of realities with very different origins (Italians, Arabs, Turks, Russians, Germans, Americans, etc.) Favorable position in terms of time zone to operate with the whole world during the working day.

Send us your order: we will reply very soon for  confirmation.

Any cookies that may not be particularly necessary for the website to function and is used specifically to collect user personal data via analytics, ads, other embedded contents are termed as non-necessary cookies. It is mandatory to procure user consent prior to running these cookies on your website.